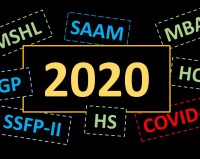 Hobby, passion or do you see it as a challenge? Is it the desire to get to know the other side? The unknown? To feel the insecurity in other settings and to learn to work it out or maybe the motivation to aim some higher goals, to find enlightment, to change something, somebody or yourself? Is it the goal to hike through jungles, cross valleys, climb mountains or find the ultimate kick? These and more motives push people to undertake journeys.

For me it is to get to know other people and societies, their rites and customs as well as daily challenges to face and approaches to solutions. Other motivations are the desire to feel nature, the power of it and on the other hand to inhale history.

Through several short-term or extended field trips and long-term working assignments I had and still have the opportunity to partly satisfy my curiosity, to get lots of experiences and have at the same time the chance to see things from another point of view. All these experiences together help me to see and handle apparent problems and challenges in life in another different way.

„We are writing the year 1973. “ It was the year in which I was born and already infected by the “Oldtimer-virus”. Not to the knowledge of my parents and undetected by the doctors the virus was able to spread out in my body until the first outbreak in young years. Several and desperate, but unsuccessful, psychological treatments were done (by my parents) to me with the result that the virus in my body is incurable.

It all started with an old Minerva radio from the 50s which I brought to life again at the tender age of 10. I was regular visitor of the local markets which were organized from time to time to sell off all the old stuff which were collected through ages but not used any longer. It was a paradise for me and I was able to find some interesting items for little money.

After some time my interest changed to vintage scooters from the 50s and 60s (with an engine size of at least 100 ccm or more) which I found much more interesting because of a more different and beautiful designs. Another point was that the scooters compared to the common motorbikes were more innovative, offered a wider variety of vehicles and met the demands from the customers much better than motorbikes at that time. It was a decade where people overcame the years of re-establishing the infrastructure which were destroyed through WW II. The scooter became the common vehicle – for work, shopping, travelling… It was the age before people were able to afford a micro car like a Goggomobil, BMW Isetta, Zuendapp Janus or even a VW Beetle.

During the years I found and collected more and more items as well as knowledge. Some national and international journals and magazines invited me to write some reports about Austrian scooters. So I did and wrote some stories about KTM and Lohner scooters.

In the year 2001 I did not feel “infected” (some people, especially my parents, seemed to be happy about it) any longer and my collection found a new home and went from the “small” Austrian country to the “big” United States of America. Unfortunately the collection was partly sold and spread all over America.

Most probably the symptoms of the disease were just suppressed by some other stronger fights inside me because it broke out some years later – in 2007 – even with much stronger intensity than before. The result of it is a vintage scooter collection which covers more than 50 pieces.

communication tool which expresses itself without words; which gives the chance to make statements and bring topics to the point; which has the power to give most common moments a special touch but also at the same time to give seemingly important moments the touch of insignificance; … all these and much more lays in the power of photography.

My first experiences with a camera I got was with a Minolta 7000 set which was purchased by my father in the 80s.

Later on I was able to get my own camera set and small darkroom equipment. Soon after this, first successes came up. I bought medium and large sets as well as further and better equipment for the darkroom. 2002 and 2003 I studied on the Academy for applied photography, Graz and ran a photo studio together with other photographers.

Pictures and statements to these topics were presented in different single and group exhibitions as well as on further other occasions.